NHI Bill is not what the ICU doctor ordered 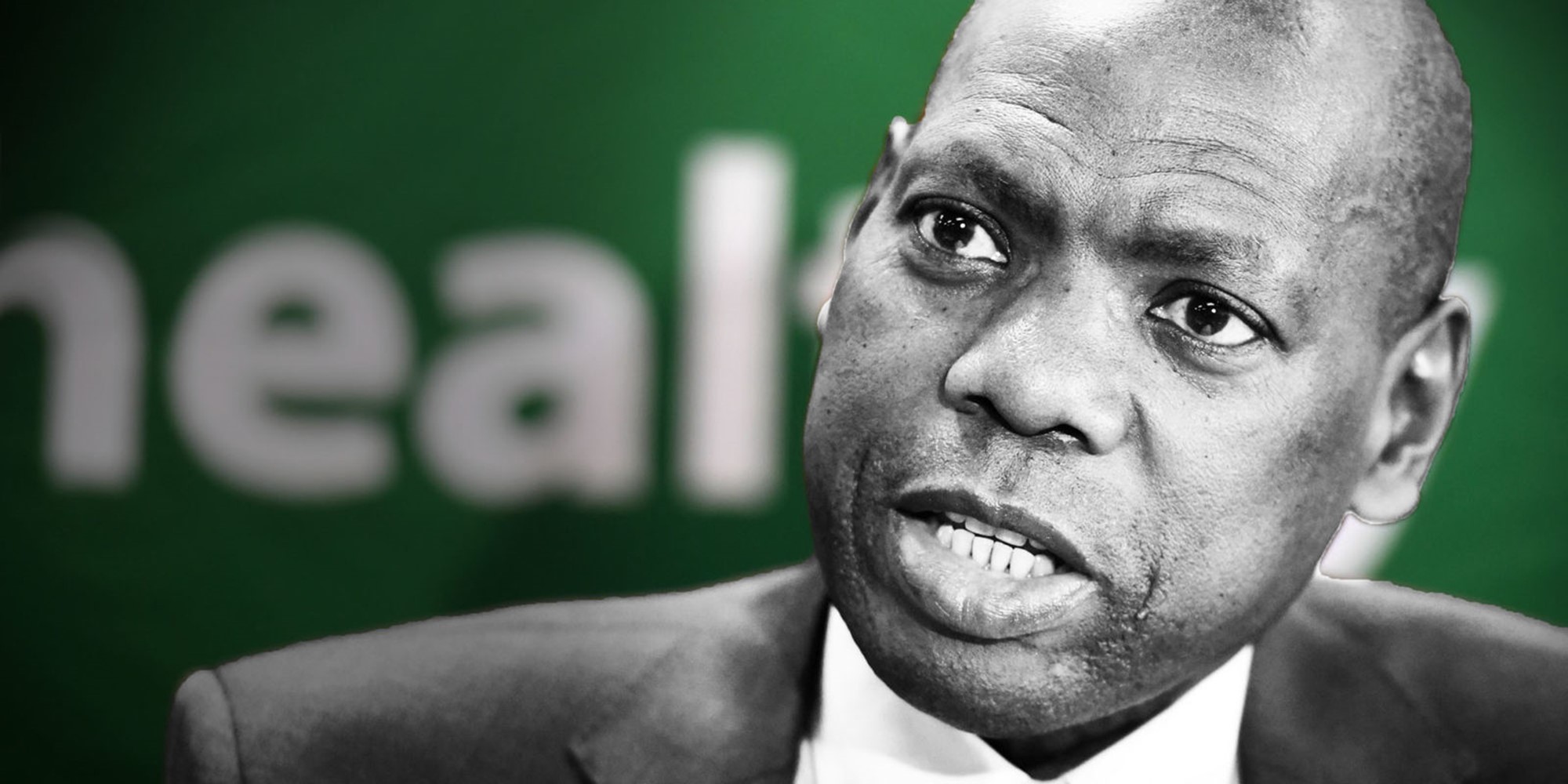 Minister of Health Dr Zweli Mkhize appears surprisingly calm for a politician at the centre of a tsunami. That can mean one of two things: either he is a seasoned commander who knows how to keep his head in a battle or he’s a politician in denial about the extent of the crisis around him. Either way, a heavy responsibility for millions of lives falls on his shoulders.

Earlier this week Daily Maverick had an exclusive interview with Health Minister Dr Zweli Mkhize at his office on the 28th floor of the Civitas Building in Pretoria. The interview was not meant to focus on National Health Insurance (NHI). In my view, there were more urgent and immediate questions that needed answers. But after the publication of the NHI Bill in Parliament on 8 August it was not an issue that could be avoided.

In my hands I carried a copy of the Consensus Report of the South African Lancet National Commission titled “Confronting the Right to Ethical and Accountable Quality Healthcare in South Africa” as well as the recently launched Presidential Health Compact.

Both reports are exhaustive and based on thorough research and consensus-building. Both map practical pathways to fixing and reforming SA’s health system.

I asked Mkhize whether at this time – a time when the health system would be best served by building trust and common purpose to save lives – introducing a highly divisive and contested bill that would divert attention and resources away from life-threatening problems, was a wise thing to do.

Mkhize doesn’t flinch. He thinks it is. He starts by pointing out that:

“Compared to the kinds of misunderstanding and hostility demonstrated towards NHI in the past, we’ve made progress”.

He believes the hullabaloo is just part of the normal noise of democracy going about its decision making. He admits people have a fear of the unknown, but believes “Parliament will sort out the real differences”. He says the bill is not fixed in stone, but open to debate and amendment if better ideas and proposals come forward.

“The trick,” he says, “is to distinguish between critics whose starting point is public interest and the right to health and those who are irredeemably opposed because they represent vested interests that will be threatened by the legislation.”

This sounds very reasonable. Healthcare reform that is meant to advance the right to affordable quality health services has been challenged since the dawn of democracy. Recall the bloody fight with the Pharmaceutical Manufacturers Association and 41 companies who took then-president Nelson Mandela to court?

Health is an extraordinarily profitable business and there are companies that have exploited the crisis in the public health system for private profit.

But it’s also a dangerous argument because it allows critics to be labelled and those with genuine concerns about the bill to be stigmatised and ignored.

The desperation and raised temperature in the debate are understandable. People are dying every day because of health system failure. Tens of billions of rand in liabilities are being wasted in medico-legal claims. And for that reason, we keep turning the conversation back to the crisis of quality.

This time Mkhize tries to strike more of a balance. He tells us that: “NHI is the vision on the basis of which we must fix the health system.”

Referring to plans to fix staff shortages and medicine supply systems, he says, “My hope is that things will happen that will make people less fearful. In the next few years, we are going to make sure people feel the difference, then they will trust the NHI.”

Fine words. But here’s the rub.

The danger is that the controversy over NHI – the litigation, the labelling, the polarisation, the fear-mongering, the doctors, nurses and specialists who see this as a reason to leave South Africa – will prevent us from fixing health systems. The sound and fury will also continue to provide a shield for politicians and the private sector, giving them an excuse to avoid direct accountability for corruption and failed management systems.

Paradoxically, therefore, while NHI promises a revolution it might in fact be a prescription for continuing the status quo.

It was in addressing concerns over the quality of care that Mkhize came across as most vague and least urgent. Asked whether he has plans to target corruption and recover vital resources, it seems not. Seven years ago, research conducted by Dr Nicholas Crisp estimated that corruption was already costing the health system about R20-billion a year. However, Mkhize believes: “We don’t have cases [of State Capture of the health system] that should be in the Zondo Commission.”

Organisations including the Treatment Action Campaign and SECTION27, who will soon be making written submissions to the Zondo Commission, would beg to differ. There are at present at least five ongoing investigations by the Special Investigating Unit: into those implicated in the Life Esidimeni tragedy, the Health Professions Council of SA (HPCSA), the National Health Laboratory Services (NHLS) and tenders for emergency medical services linked to Buthelezi EMS in Northwest and the Free State.

Then there’s the still unpunished matter of grand theft in the Gauteng health system.

Mkhize believes the answer to corruption is to “strengthen appropriate delegations to the right levels of leadership…consequence management and risk analysis”. Undoubtedly this is important. But Mkhize said nothing about urgent actions that might stem looting and procurement fraud.

Measures that have the potential to save hundreds of millions of rand.

In fact, when asked how Buthelezi EMS could two weeks ago be given the aeromedical tender in Limpopo, he tied himself in knots trying to explain why because one company may show corrupt behaviour in one contract it couldn’t be disqualified from all contracts.

Finally, to assist this debate, let us slay some dragons.

As has been said countless times, the motive for NHI is a just one. There is a terrible inequality between our public and private health systems that is contrary to the letter and the spirit of the Constitution. For this reason, the government recently spent nearly R200-million on a Competition Commission investigation into the private healthcare market.

Recommendations from this inquiry are due in less than a month. But there’s a danger they will be largely ignored because they have been rendered redundant by the NHI bill.

And yes, the government is mandated to take reasonable legislative and other measures to realise access to health. In fact, under international law it is bound to seek the “maximum available resources for health”.

Finally, on paper at least, the theory behind the architecture proposed for an NHI Fund seems carefully thought out. If this house was being built in a vacuum and not in the context of incapable managerial systems, multiple concurrent epidemics and endemic corruption, it might have a chance.

But it’s not. It’s being built in a maelstrom.

And ultimately the current scheme is based on two (false) premises.

The first is that all the problems in the health system trace back to the inequality of resources. And the second is that pooling these resources, in the manner proposed by the bill, will fix them. Neither is true.

The public health system does need more money, but the crisis it faces is not first and foremost a crisis of cash. It’s a crisis of management, corruption, accountability; combined with failing strategies to prevent disease and trauma that bring huge demand to bear on the system.17

And secondly, just as with land redistribution, we are in the mess we are now because of a failure to properly regulate the private health sector and ensure strong institutions of oversight.

These are governance problems, not resource problems.

So, if the NHI is being sold to a desperate population on this basis, they are being sold a counterfeit. And ultimately the people will suffer.

Mkhize ended by promising us another interview in six months “or any time should the need arise”. We will take him up on that. In the meantime, I wish him the best. I hope to be proved wrong and that green shoots of quality care and efficient management do spring up, as he says they will, and build trust and belief.

But I fear the worst. DM