South Africa’s state hospitals can be scary, inefficient, unsafe places. I know. I once gave up on being treated for an allergy-related breathing attack, such was the length of the queue at the Cape Town hospital nearest to where the symptoms came on. And, I’ve had the inconvenience of my clothes being stolen from a cubicle in a Tygerberg hospital while I was undergoing a gynaecological procedure. Few would argue that the state system needs to be fixed. The National Health Insurance (NHI) bill, released earlier this month, has the very aim of improving the health system so that there are equal opportunities for all citizens to access drugs and medical expertise when they are needed. But the NHI bill has sent shock waves across publicly listed companies that provide private medical care and related services, like medical schemes. Dawn Ridler, a certified financial planner based in Johannesburg, sizes up the government’s plan and, like many others in the financial services sector, is worried that, while the intentions are good, the execution will not work. She provides pointers on how to prepare for future medical costs. – Jackie Cameron

NHI – will it be implemented 20 years later? What can be done about future medical costs? 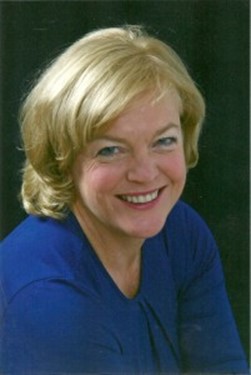 The government appears to be hell-bent on implementing the NHI, despite the complete failure of all the pilot projects and no detailed or realistic budget on how this is going to be funded. Yes… no budget. Minister Mkhize has given a laughable thumb-suck of an additional cost of R30bn (over and above the R222bn at present) most other estimates (of which there are a number) are north of an additional R300bn. R20bn of that R30bn of Mkhize’s pipe dream will come from the soon-to-be cancelled medical tax credit, and all that will do is bring the current, world-class private medical service down to the level of what the government currently provides. Nobody is arguing that something needs to be done to address the health needs of the poor, but destroying what we already have is obviously insane.

The NHI was first touted in 2003, and with a number of failed projects under their belt, most of us were hoping that someone in the ruling party would see sense and understand that we cannot afford a first-world healthcare system funded by a very small taxpayer base when we don’t even have anything like a first-world education system. How on earth can Ramaphosa launch yet another State Owned Enterprise while other critical SOEs like Eskom, are in complete disarray – no resolution in sight? The shortfall is going to come from tax of course, but most taxpayers are not going to be able to afford yet more tax and their medical aid. It looks like medical aids are going to be allowed to offer ‘top-up’ services only for conditions not offered by the NHS. Who knows what that means.

What can you do to mitigate the effects (and you’ll need to do most of these well in advance of the proposed changes):

I have a copy of the white paper on the NHI. Basically, the implications are as follows:

One of the biggest problems for those of us used to private medical care is that everyone is going to be compelled to register with, (yes, all 59m of us) and go to, a clinic and wait to be referred to a hospital or specialist (of their choice) or the NHI will not cover the costs. Our clinics at the moment are notoriously poor with massive queues and under-qualified staff. This is where a chunk of the ‘new’ NHI money is going to have to go (There are not nearly enough) and is basically going to cut private GPs out. Will they move into the NHI, and probably have to take a significant knock in salary and dramatically increased workload? Salaries of all providers from GPs to Specialists are going to be capped, which ostensibly will reduce the spiralling cost of medical services. On that topic, here is an interesting graph (found here)

Read also: NHI is morally bankrupt and why free healthcare is a myth – Hattingh

Medical Aid insurance inflation has been running way above Health inflation.  Obviously, the Medical aids dispute this, but part of this is increased ‘demand’ – in other words, people are using it more. Why? The average age of medical aid users is getting older (and things start to ‘break’) and lifestyle-related dread diseases certainly play a role. We also appear to be using doctors and hospitals more (is there a culture of getting our money’s worth?) One in 4 medical aid members are usually registered for at least one ‘chronic’ condition.

They say in the White Paper that the NHI fund is going to be established in 2021, so you’re likely to see the end of medical tax credit by then (perhaps as soon as March).

The NHI will be allowed to invest the proceeds to maximise their returns – great idea seeing that PIC has done such a sterling job for government pensions and the appalling audit record of the departments of health which indicates that corruption and wastage are rampant. When the trial NHI sites failed, doctors weren’t paid for months and were unceremoniously dumped.

Any shares related to medical aids, hospitals or pharma are going to be in trouble. The government is going to severely limit the prices charged and this is going to affect the profitability of those companies.

I am unsure the role ‘Gap Cover’ is going to play in the future and there is little in the media about this. Make use of it while you can, they may well bite the dust.

One of the best things that you can do for yourself is to make sure you don’t get sick. Sounds obvious right? Easier said than done, I know, but we all know that there are lifestyle risks that are under our complete control and that contribute to our ill health. Small changes can have a big and lasting impact. Perhaps what you need is a wellness coach, not a doctor. The NHI will take care of the hypochondriacs in your family.

The NHI white paper mentions the following that will be under their care: cardiology, dermatology, neurology, oncology, psychiatry, obstetrics, gynaecology, paediatrics, orthopaedics, and surgery – including organ transplants. In effect, this means that the ANC will be able to decide who a woman’s gynaecologist should be, as well as where and by what method her baby should be born. At the primary healthcare level, the NHI will provide, among other things, sexual and reproductive healthcare, the rehabilitation of oral health, and mental health treatments. There is already an issue in the UK’s NHS where the latest cancer treatments are not provided because they are too expensive. Some very effective cancer treatments now cost over R1m (even medical aids don’t pay for these in full – hence the suggestion of ‘life’ dread disease cover). Dental care is another that you’re probably going to have to pay for yourself (if you don’t already). You just have to take one look at the dental health of most people in Great Britain to see where we are headed. We do have one big advantage because we’re behind the curve when it comes to fast-food diets, most of our population is still blessed with strong teeth.

The ‘medical tax credit’ – a pittance compared to the tax breaks you got in the past, is only worth  R20bn to the Treasury, and Mkhize has thumb sucked that another R30bn in total is required, so he ‘only’ has to find another R10bn. Healthcare currently eats R222.8bn of R1.8trn in taxpayers funds (about the same we put into primary education). We have about 4.8 million taxpayers for a population of 58 million. You cannot solve the country’s healthcare problems by dragging the whole industry, including a world-class private system, down to government health care level – which is what will happen if only R30bn is put into the fund.

Lifting our healthcare to first-world standards (think Canada) would require an additional R250bn by conservative estimates. (In the UK the cost of the NHS is £130bn – paid by taxpayers separately from income tax. Income Tax receipts are £190bn. In other words 68% of the level of income tax receipts!) Where is that going to come from? We could increase VAT to 25% then everyone pays (and Vat-free basics would have to be increased protect the poor). Double everyone’s income tax would also get you the R250Bn you need. The problem of doing a half-assed job of the NHI and destroying private health care is that once destroyed there is no coming back.