5 conditions that could be mistaken for ADHD 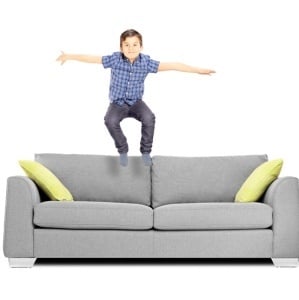 Many medical professionals are too quick to diagnose ADHD in children, failing to take into account other possible causes of their symptoms.

South Africa has one of the highest rates of prescribing medication for attention deficit hyperactivity disorder (ADHD) – even higher than in the USA.

This raises questions about the prevalence of overdiagnosis or misdiagnosis of ADHD, and if there might not be other reasons why children have learning problems and are difficult to control.

A Health24 article points out that there is no single test to diagnose ADHD and that conditions that manifest similar symptoms need to be ruled out before a positive diagnosis can be made.

Because ADHD diagnosis relies on a process of elimination and can therefore not be 100% conclusive, it’s important that you seek a second opinion and/or insist on further tests if you don’t agree with a paediatrician’s diagnosis.

Here are five examples of conditions that can mimic the symptoms of ADHD and may be worth investigating:

According to the South African Depression and Anxiety Group (SADAG), South Africans are under extreme amounts of stress and don’t know how to deal with it. Factors like economic uncertainty, high levels of unemployment and high crime levels greatly contribute to our daily stress levels.

When difficulties with concentration appear to be caused by ADHD, a closer look may reveal underlying causes that actually point to stress and anxiety.

It is well known that physical activity has a positive effect on the body and mind and helps to release energy and tension.

Many children don’t get enough exercise and have pent-up energy that manifests in fits and spurts, like bouncing in a chair while watching TV. Exercise can make people happier, less anxious, less hyperactive, and less depressed.

It’s also no secret that most boys are more active and prone to rough behaviour than girls.

Hypoglycaemia, also called low blood sugar, can cause a number of symptoms similar to ADHD including aggression, hyperactivity, inability to sit still or low concentration levels. In addition, low blood sugar can create feelings of hostility and anger. ADHD shares many of these symptoms.

According to the University of Maryland Medical Center the following deficiencies could mimic some of the symptoms of ADHD:

Vitamin B6 is needed to make brain chemicals like serotonin, dopamine, and norepinephrine – neurotransmitters that may be affected in children with ADHD. Conclusions on whether vitamin B6 improves behaviour among hyperactive vary considerably. One needs to be careful, though, seeing as high doses of B6 can cause nerve damage

Zinc regulates the activity of brain chemicals, fatty acids and melatonin, which are all related to behaviour. It has been shown that zinc may help improve behaviour but, as in the case of vitamin B6, high doses of zinc can be dangerous.

Fatty acids like omega-3 and -6 fatty acids play a key role in normal brain function. Study results are however mixed. Omega-3 fatty acids are also good for heart health, but high doses may increase the risk of bleeding.

L-carnitine is formed from an amino acid and helps cells in the body produce energy. There is some indication that L-carnitine may improve behaviour in children with ADHD, but more research is needed.

There are many reasons why children may have trouble learning. Examples are dyslexia, hearing or sight problems, social skills issues and intellectual disability (previously called mental retardation).

Undiagnosed learning disorders can make school hard, and children are often called lazy, stupid, and other names that can affect their self-esteem. This may cause them to react in non-productive ways like undisciplined behaviour, bullying or fooling around.